Ashley Ladd lives in South Florida with her husband, five children, and beloved pets. She loves the water, animals (especially cats), and playing on the computer.

She's been told she has a wicked sense of humor and often incorporates humor and adventure into her books. She also adores very spicy romance, which she weaves into her stories.

I've known Ashley for years so I was thrilled when she contacted me to see if she could be a guest in The Writers Studio.
Please welcome Ashley Ladd...

1 – What draws you to write romance?
I'm a born romantic, imagining romantic connections everywhere I go. There's a rare story I like that doesn't have a love story involved. I always hope for a happily ever after, even though I'm infamous with my family for also loving "end of the world" stories such as Night of the Comet, Armageddon, The Stand, Left Behind... If you're familiar with those stories, humanity triumphs in the end and there's a love story in every one of them.
2 – Are there recurring themes in your stories? And if so, what are they?
I consciously try to change my stories so they're all different. However, I often have action-adventure and/or comedy in my stories. If not straight out comedy, there will be a humorous tone to at least a character or two in my stories.
3 – Writing is a business. What kind of a writing schedule do you keep?
I have a full-time day job, so I get about 2-3 hours every evening after work to either write or promote. Lately, the time I was writing has been taken up by promotion as I just had two books release and there are two more books releasing in the near future.
I also try to write several hours on the weekends.
4 – Where is your favorite place to write?
That's a really sore point. Borders WAS my favorite place to write, but of course they went out of business. I liked it there because they had power I could plug into in their café. Then of course there was the café in case I got hungry. Also my daughters liked to go to Borders with me so they could read all day.
Now that Borders has passed onto that big bookstore in the sky, I write in my bedroom. It's not my favorite place, but the best I've been able to find. We moved too far away from Barnes and Nobles to drive there often, plus they don't provide power so my computer dies too fast to make the trip worthwhile. I would go to the library more, but my youngest daughter doesn't like to hang out there as they don't have enough manga to keep her satisfied. I tried to write at Panera Bread but that got to be a little expensive plus I got tired of people wanting my table.
5 – What is your favorite promotional tool?
Lately, I've been hosting other authors on my blog and also I've been doing blog tours for my own books. I hired My Family's Heart to help me set up blog tours, but I don't stop there. I also seek out bloggers who are willing to host me. Unfortunately, I don't have a large marketing budget so I have to do my own promotion. I can't wait for the day that I earn enough to hire a publicist so I can write full-time and let someone else worry about the marketing.

Here's a bit about Ashley's new book: Business or Pleasure

Guy Rogers is extremely attracted to his new realtor, Tom Beaudreaux. As a passionate vegetarian and animal activist, he’s ecstatic that Tom is a kindred soul. He could never be with a carnivore. Unfortunately, Tommy isn’t really a vegetarian or animal activist. He never said he was either, he just didn’t eat meat when he was with Guy. And maybe he emptied his house of all meat and dairy products before inviting Guy over. In fact, Tommy’s family owns the most popular barbecue restaurant in town and if his family has their way, he’ll manage the new location.

When Guy finds out that Tommy eats meat and his family owns a restaurant that is a monument to eating meat, he’s livid and doesn’t know if he wants anything else to do with Tommy.

But then Guy’s life gets crazy –his dad’s paranoia blossoms into violent dementia, he gets arrested for picketing a doggy mill, and then he winds up in even more legal trouble. When Tommy sticks by him through all his trouble and does everything he can to help him, Guy wonders if he’s been too militant and narrow-minded. Perhaps he can learn to live with people who have opposite views.

Excerpt:
Guy finished his meal, wadded up his napkin and dropped it on his plate. “Do you think it will take long to find more houses for me to look at?”
“I’ll make you—it—my priority. Just give me a couple days.” Damn! A Freudian slip.
Guy reached over as if to put his hand on Tommy’s, but stopped in midair. His eyes softened and hope flickered. “I’d like it if you made me, not my business, your priority.”
Tommy’s throat went dry and his heart flipped over. “Do you mean what I think you mean?”
Guy lowered his hand and took Tommy’s in his. “I think so. I like you—a lot. You’re handsome and charming and I feel a connection. I know it’s quick, but I’m a forthright, fast kind of guy. Besides, if you find me a house as rapidly as I want, you’ll be out of my life before I can do anything about it. Do I have a chance with you?”

Like what you've read so far? Then check out the Buy Links below to grab a copy!
https://www.totallybound.com/business-or-pleasure

Ashley loves to hear from her fans. You can find her at any of the links listed.
Email: chinara@aol.com
Website: http://www.ashleyladd.blogspot.com
Facebook: https://www.facebook.com/ashleyladdauthor
Twitter: http://www.twitter.com/ashleyladd
Goodreads: https://www.goodreads.com/AshleyLadd
Shelfari: http://www.shelfari.com/search/books?Keywords=Ashley%20Ladd
Amazon: LINK 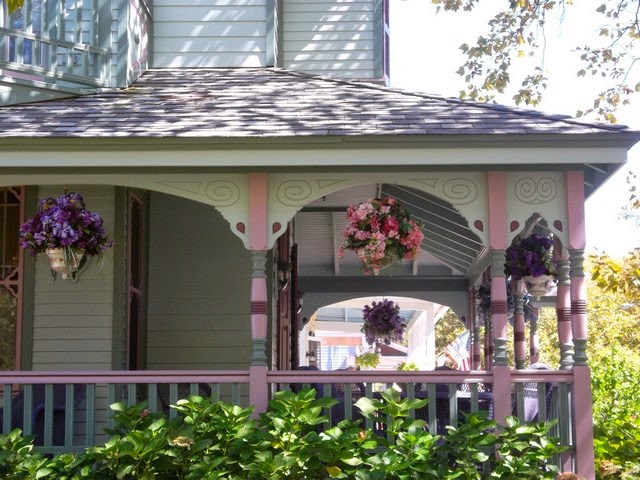 Doesn't this porch look inviting?
While this is not the porch in my story - nor my own, I would love to be there right now.
I think sitting there with a cold glass of tea and this laptop would make writing so much easier.

I did not write any new words on my story last week. Thought about the direction the story needs to go. But I've been dragging my feet at writing a funeral scene. Sometimes, selecting the best way to approach a scene is more difficult than the actual writing. While I mulled over the challenge, I spent time polishing the first 2 chapters to perfection. My main focus was to remove all of the passive voice possible. Editors prefer 1% or less. Getting below 1% is difficult in that sometimes a character is remembering an event or has to describe something in a past tense.

Passive voice takes our readers out of the present story we want them involved in so reducing the percentage to that 1% is crucial to keep them turning pages.

I'll be talking more about Passive Voice Percentage, how to find out where your manuscript stands and how to fix later in the week.

For now.. I'm off to write a funeral.
Posted by Angela Drake at 3:45 PM No comments: Welcome to the Old West...

For the next few weeks I'll be traveling back in time to 1884 in the first book of what I plan to be a trilogy - The McCracken series. The first is Jayson's Range.

Here's a sneak peek
When Kathleen Kennedy steps off the train in Merkel, Texas as a mail order bride with her young son she expects to meet the man she has come to marry. Instead, his oldest boy, Jayson, greets them. The tall man with the firm jaw is the farthest notion of a boy and where is Jay? Hearing her betrothed has been murdered, Kathleen refuses to show desperation. She and Charles have no place left to turn. Jayson’s temporary solution begins a journey for the three of them in a land where only the strongest survive and love is the tie holding everything together.

I can't remember how this story came to me but the characters began forming in time for Nanowrimo 2009. And here the WIP sits with only one polished chapter, the rest outlined and lots of work to do in between. Later in the week I hope to have a word count meter set up. My plan... to finish the rough draft of Jayson's story so I can pitch the series to Liz Pelleteir of Entangled Publishing at the ORA Conference in late September.

So hang onto those reins... we have a long trail drive ahead.

Posted by Angela Drake at 10:02 AM No comments: 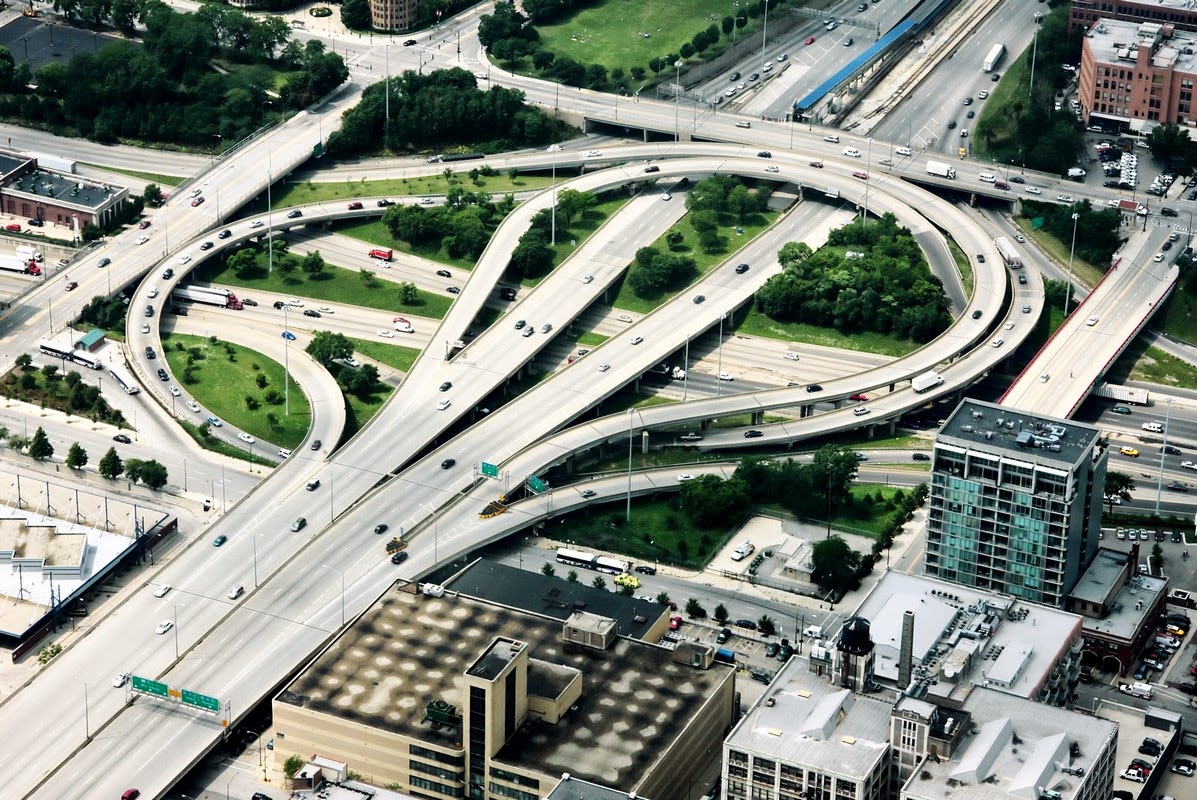 Wow. Let Bob leave for Chicago and my schedule turns into a traffic jam. Suddenly promotional opportunities came from all different directions. I am NOT complaining. LOL But WOW!

I'm slowly getting caught up on the tech stuff. Still need some studio time if my promo items are to be ready for ORACon2014 coming up in September.

Speaking of ORACon2014, today is August 1st. My Zone group has BIAW for the next seven days but I plan to use the entire month to hopefully get the rough finished of the western historical - Jayson's Range. The first chapter has placed well in the last two competitions. I want to pitch the book to Liz Pelleteir from Entangled Publishing at the conference. She is looking for historicals and this book is the first in a 3-book series.

I want to put a word widget on the blog sometime this weekend so we can track my progress together.
Creative Blessings
~Angela

Posted by Angela Drake at 6:00 AM No comments: