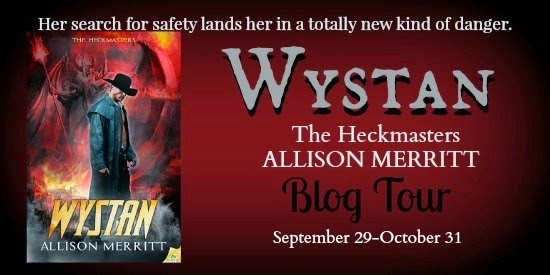 Today, I am pleased to be one of the stops on The Heckmasters Blog Tour and to introduce you to a talented author from my local group, Ozarks Romance Authors. If you've not read her books yet, make sure you click on the buy link at the bottom of this post and be prepared for an enjoyable read! Also, Allison has brought an awesome Rafflecopter along. 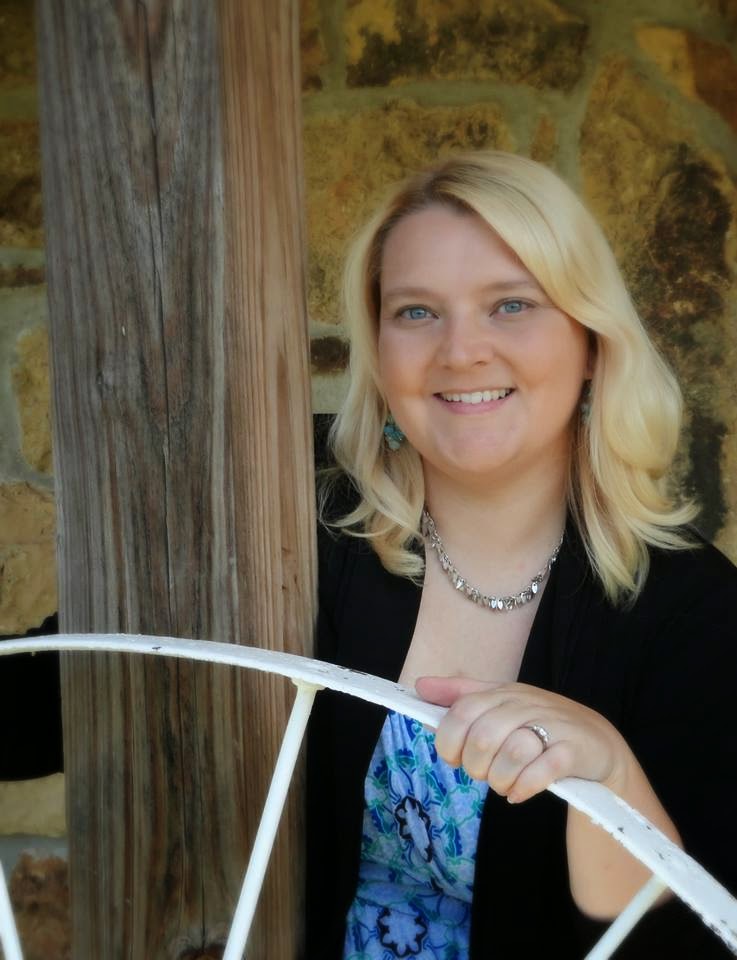 You write in several sub-genres romance. Do you have a favorite?
Historicals have been my first love since I read my first one. I picked up Roseanne Bittner's In the Shadow of the Mountains when I was a teenager and I've been hooked on historicals ever since. But it's pretty clear I love adding wackiness to the Old West.

I’m always asked where I get my ideas. Where did you get the idea for WYSTAN?
This is my favorite where-did-it-come-from ever. In 2012, I was with my mom and brother at Northpark Mall in Joplin, MO when I saw a kiosk selling tombstones (that's so weird). There was one kind of sitting by itself and the name on it was HECKMASTER. I just knew the guy buried under that headstone was a serious badass. Not only that, but he was probably a demon-slaying hottie.

If WYSTAN were to be made into a movie, who do you see a the Hero and Heroine?
You better believe I've thought this through. Henry Cavill would make the perfect Wystan and Anne Hathaway is my pick for Rhia.

You’ve had the experience of various publishing avenues and I’m sure you’ve come away from each with something different. What do you feel has been your most valuable lesson overall?
You actually have to make the attempt to get anywhere. I started out self-publishing, but was dumb chance that led me to Lyrical. A friend had an editor taking pitches on her blog, so I just wrote up a 3-line pitch for a book and threw it out there. I waited until Breathless was having a 5 page chapter critique, and submitted a book I'd written for them and the editor loved it. I entered Wystan in a contest and—surprise!—the editor wanted it. Take a chance.

When you began writing fiction, what was your main GOAL and have you achieved that goal?
Don't get me wrong, I love being on a best seller list and watching those numbers rise, but the main thing I always wanted was just to entertain. When The Wrong Brother's Bride came out, I did a review tour to promote it. The things people said in the reviews blew me away. Even the bloggers who didn't regularly read historical romance were saying things like 'I don't usually read this genre, but this book made me re-think my TBR list'. Knowing you've satisfied a reader is worth all the trouble of writing a book.

What’s next on your writing agenda to close out 2014?
I've absolutely, positively got to finish Tell (The Heckmasters). Wystan's releasing, Eban is on the schedule for April 2015, and I've got to get their little brother finished. I have a good start to it though, so I'm not worried. Erm, much. I better get serious about NaNoWriMo this year.

Thank you, Allison. Here's a blurb from Wystan's story - the first book in The Heckmasters Series:

Blurb:
Her search for safety lands her in a totally new kind of danger.

Certain that an ad for a job in a small New Mexico Territory town is the answer to her prayers, Nebraska schoolteacher Rhia Duke packs her sister into a rickety wagon and heads west.

Except when they reach the near-deserted town, she learns the truth. There is no job, no future, and no welcome in the bleak blue eyes of the handsome sheriff.

The minute Rhia’s runaway team thunders into town, Wystan Heckmaster feels the change in the air. One of three sons of a demon who dared love a human, he keeps watch over a Pit guarded by seven seals, and slays any Hellbound demon that attempts to free the master imprisoned within.

With a gut full of regret and a forgotten town filled with reformed demons, Wystan is certain of one thing: he can’t be the man Rhia needs. But when the truth behind Rhia’s flight from Nebraska comes to light, Wystan must open his soul—and pray there’s enough love between them to overcome the darkness rising from the Pit.

Warning: Contains a take-no-prisoners sheriff, a woman who can’t outrun her supernatural secrets, and a dusty town where hope is as thin as dust in the wind. Author recommends keeping a glass of cool spring water at your elbow while reading.

Excerpt:
Something changed in the air the moment the wagon crossed the town’s border. Too
early to be a supply train, and there was no way in hell it was visitors. Berner didn’t host
town fairs, theatre troupes, peddlers, or bible thumpers.
Wystan Heckmaster slapped his battered Stetson on his head, collected the keys to the
jail, then stepped out the door. The first thing he saw was a pretty woman with hair the color
of maple sugar—a rich brownish-blonde. The frown on her face spoke volumes, and the air
around her pronounced trouble. She made a straight path for him.
“Mr. Heckmaster. Or should I call you Sheriff? Or Mayor? I need to discuss the ad in
the Lancaster County Republican with you. Someone placed an ad, but your brother tells me
there is no school here. I’m sure there has to be a mistake. There’s only one Berner in New
Mexico Territory. I’m very capable at reading maps. If I wasn’t, I would be ashamed to call
myself a teacher.”
He doubted she had taken more than two or three breaths during the speech. If she
made talking in rambling paragraphs a habit, no wonder she looked so peaked.
“Teacher?” He glanced along the street, but it was deserted as usual. “Lady, we don’t
have a school here. Certainly no need of a teacher.”
Buy links:
Samhain
Amazon
B&N
Google Books

About the Author:
A love of reading inspired Allison Merritt to pursue her dream of becoming an author who writes historical, paranormal and fantasy romances, often combining the sub-genres. She lives in a small town in the Ozark Mountains with her husband and dogs. When she's not writing or reading, she hikes in national parks and conservation areas.

Allison graduated from College of the Ozarks in Point Lookout, Missouri with a B.A. in mass communications that's gathering dust after it was determined that she's better at writing fluff than hard news.

If you like FREE Stuff then make sure to check out this Rafflecopter for your chance to win a FREE copy of Wytan's story and a $10 Amazon Gift Card! ~ Thanks for visiting!
a Rafflecopter giveaway 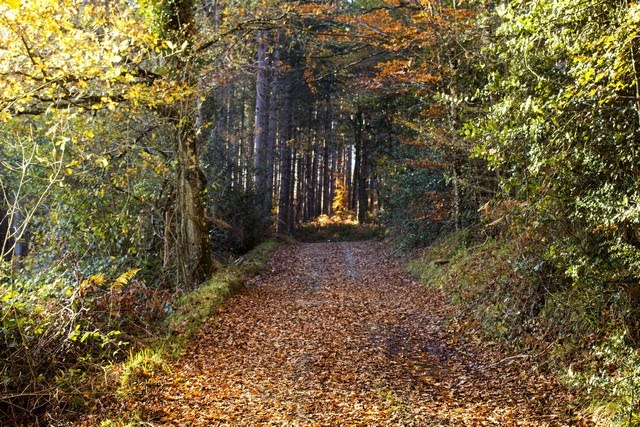 Yes, it's me. No, I did not fall of the face of the earth. I have been writing. What I feel like doing right now is turning off the computer and taking a leisurely stroll through my property, on a path very much like this one. Though the leaves have not changed color yet, with today being the first day of Autumn, I know they will soon.

I put work aside last week to try and finish the first draft of Jayson's Range. I was not successful. But I wore myself out in the attempt. This week I am back to business during the day, then sprinting to work on Jayson's Range only for a couple hours at night. With no real deadline in sight maybe the story will flow better. Less pressure to write what isn't there.

Autumn begins at 9:29 p.m. CST. I hope you'll take a few minutes to welcome in the new season.

Off to write!
Posted by Angela Drake at 2:36 PM No comments: