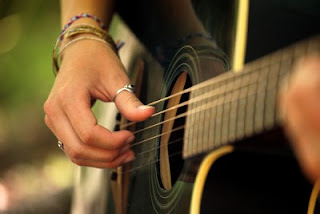 Yesterday kicked off Book In A Month with The Writer's Zone... an on-line writing group I've overseen for at least fifteen years. While members have come and gone, our core has always been the same... WRITE! Whether we write for fifteen minutes a day or participate in an all-day sprint marathon, we dedicate time every month to just getting the story down. Some months are better than others as progress goes an whether or not we FOCUS on the project at hand is the key ingredient.

In January, when I kicked off the first one of 2015 both as a Zone leader and a member of the JANO group (led by Sleuth's Ink writing group from Springfield MO), I had a rocky beginning. But once I dove into Book 1 in the Branson series... and wrote every day... I found the story flowing. As is usual the case when I get into a project, I fell in love with my characters.

How Do You Like Me Now (Book 1) introduced me to Jennifer and Blake. Tragedy separated them at a young age and their story begins with a reuniting and a second chance to find happiness together. While I loved Jennifer and Blake, I was drawn to the secondary characters (which is usually my pitfall). Kim is a widow with two pre-teen girls. Her husband is a casualty of the Afghanistan war. All she's had time for in the year since his death is doing what he would have wanted her to do... carry on. When she meets country music heart-throb Trevor, she begins to take that step... steps toward her own second chance at happiness.

While I don't have a title for Book 2 yet, I'm sure a song will pop into my head as I write.

I am also going to be working on edits from my first manuscript, A Christmas To Remember. I really want to see this book published - whether Indie or through traditional channels. I've believed in this story from day one and I feel after many close calls, the time has come for this book to shine. The first step is to polish the mechanics a bit more (I've learned a lot since the story's first rounds with editors) and hopefully pitch to an editor or agent during the Ozarks Romance Authors conference in September.

Mix in trying to strip furniture for the new office space, tidy the house in time for family guests next week and I have plenty to keep me busy this week.

What are you working on?

Posted by Angela Drake at 7:39 AM No comments: