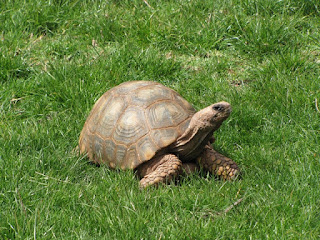 Though I'm not sure my progress is necessarily at a turtle's pace (though they can run pretty fast when the need arises. I've watched one run across my back yard after getting tapped with the lawn mower blade. Ouch!)

For those who think writing a book is easy, you are correct. Writing the story is easy. The real work begins when you switch to polishing mode. Correcting grammar and punctuation, staying in the proper Point of View, internalization, deep Point of View, etc. When you can resolve all of those issues in your manuscript, you've earned your paycheck.

I thought all of these things had been done years ago in Ozakr Angel.. now renamed A Christmas To Remember. The story went through a professional editor (yes, she is a professional. She edits for a big name in Inspirational Fiction), received favorable comments from two Sil. Special Edition editors and even got 'The Call' (though after unable to connect with the editor, I wound up with a form rejection letter six months later. Probably for the best). With all these positives, the story still does not score well in competitions where editors and agents are the final judges. Hmmm

Then I heard something from writer friend Jen Nipps last week. She said a friend of hers believes that if the story doesn't score well in competition then it is pretty much publishable. Interesting. As a judge I try to be honest. If  I see issues I leave comments as well as where they can go to learn how to fix the problem. I also praise the things they have done correctly and there have been several over the years when I tell them to let me know when the book is released. Their submission is that good!

So where does that leave me with 'Christmas'? Well, as I tried to prep Chapter 1 for competition I saw a lot of issues that were never caught in the beginning. So now my quandry is, do I play to the competition or go with what has been doing well the way the manuscript is and send it back out. My internal judge (Not the internal editor - but the person who would judge this for competition) tells me I have work to do. So Camp Nano has been put aside and in between work and a journaling class, I'm trying to see the clearing for the forest.

Posted by Angela Drake at 1:10 PM No comments: 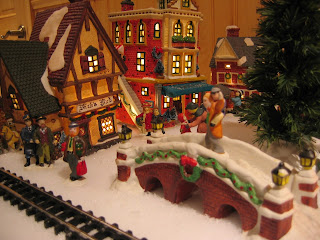 I thought I'd get into the Christmas spirit a bit. With Hallmark Channel running their holiday romances and me working on edits for A Christmas To Remember, this picture just seemed appropriate.

I did not accomplish as much as I'd hoped in June. I had an unexpected death in my writing family the weekend the first round of family was to arrive so things got  off to a hectic start. I did make edit notations and hope to implement those today - once I find where the manuscript got put as the revolving door of family began.

The Ozarks Romance Authors writing competition - The Weta Nichols deadline is July 15th. Yeah.. not that far off. My beta reader is scheduled for a brief hospital visit on Wednesday so time is not really on my side at this moment but I'm pushing forward. I'm excited about the conference and competition this year because of who our two final round judges - Lousie Fury (Historical and YA? Middle Grade) from The Bent Agency and Candace Havens (Contemporary/ Paranormal/ Sci-Fi representing Entangled Publishing.

Louise has been a supporter of ORA for several years. We are blessed to have her. I have been in Candace's YahooGroup for the past nine years. She and I have a lot of writing in common. We both write romance AND are entertainment writers. Though I have to tell you, while people think I am the energizer bunny, Candace is the super bunny. The woman never stops. She is my idol.

So now that my desk is in its 'forever home' and the workspace is coming together, I hope to get back on a regular schedule. The cats already know that this is my new office and usually beat me to the door in the mornings.

After all the company had left, Bob and I took three days in Branson. Bob knew up front this was part work and part pleasure (I really don't do a 'vacation' any other way LOL). While we took in shows and did some sightseeing, I was making notes and taking pictures for visual research for the Branson Series. I fell in love with Branson Landing. I'd never been before and now have an idea for Book 3.

If you are in Branson, check out The Revolutionists. These guys are pretty amazing illusionists. Each of the five have their own area of expertise and they use audience participation.

Off to start my week!
Posted by Angela Drake at 9:51 AM No comments: