Rather than the traditional Q & A, I asked Cara to share a bit of her expertise with us. Please welcome Cara Bristol. 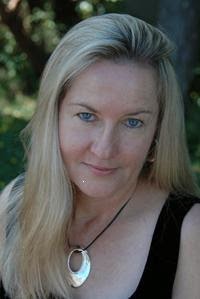 What comes to mind when you hear science fiction?
Sky labs, space ships, strange alien creatures, explosions, and light shows?
That’s a common perception of sci-fi, and people love that stuff—or they don’t. But science fiction is so much more than spaceships and aliens, more than Star Trek and Star Wars. It’s Jurassic Park, 1984, Andromeda Strain, A Handmaid’s Tale, Blade Runner, Logan’s Run, the Terminator, and Twilight Zone.

Sci-fi can be set far in the future or just a few years ahead. It can be set on Earth or in space or on another world. Serious or funny. Dystopian or utopian.  It can be almost indistinguishable from a contemporary story, or it can blend into fantasy and paranormal.
Most of all, it can be a love story. Science fiction romance is a subgenre that turns the futuristic into the setting for the romance.

When I started writing Breeder, I ventured into a “brave new world” of unchartered territory for me and my readers. But Breeder, a story of forbidden love, couldn’t be told any other way than as a sci-fi romance. However, I feared losing my contemporary romance readership base.
Emotion, I thought. Emotion is the key to success. Make readers feel what the characters feel. Make them gasp in shock, rail in outrage, cringe in dread, and weep in despair. Make them vested in the outcome. But let them finish the novel feeling good.

I set the stakes high every step of the way. I didn’t shy away from anything—not violence, not sex, not love. It’s all there in vivid detail. Show, don’t tell, became the mantra as I wrote the story.
I strove to avoid the elements that often bump me in sci-fi. I can accept strange aliens as secondary characters, but I want to fall in love with the hero. And spotted blue men with three eyes don’t do it for me. So the “aliens” of planet Parseon in Breeder are humanoid in appearance. Because reading sci-fi sometimes is like trying to decipher a foreign language, I created character names (and “foreign terms”) that were easy to pronounce: Omra, Dak, Corren, Sival, Marlix.
I tried to make the alien world relatable by making comparisons to earth.

Most of all, I offered story. Breeder can be read on two levels. The first level is the romance: a man and a woman triumphing against the odds to be together. But Breeder has a deeper message, which I never overtly state, but “show” throughout the book. I trust that readers will see it. 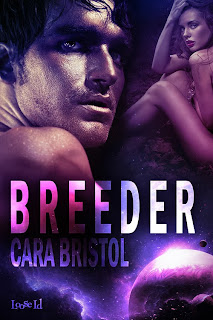 Dak, a ruling Alpha of Parseon, purchases Omra, a breeder slave. He intends to impregnate her and hand her off to his partner. As Dak and Omra discover a sexual bliss banned by law, he begins to question the ways of his people, jeopardizing his command and her life.


If not for the sneeze, Dak would have exited the musty, dank corridor. But the muffled sound caught his attention. When he squinted into the darkened cell, he spotted a female crouched on a straw mat in the corner. He hadn’t noticed her on his way into the Breeder Containment Facility; the habitation unit had appeared empty.

Dak turned to the BCF director and sighed. “What about her?”
The beta’s already crooked mouth drooped farther in distaste. “My apologies, Commander. You don’t want that one.”

Sival’s disparagement piqued Dak’s interest. The director’s opinion had proven worthless; none of the breeders he’d preselected for inspection had rated close to satisfactory.
“I would like to see her,” Dak insisted.
“Very well, Commander.” Sival saluted and opened the habitation cell with a master entry card. Dak stepped into the small enclosure. The director followed, and the metal gate clanked shut.