This week we shine the spotlight on Tierney James. 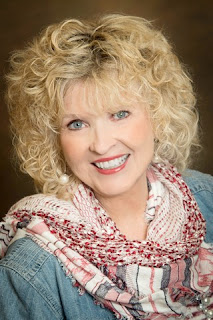 BIO
Tierney James decided to become a full-time writer after working in education for over thirty years. Besides serving as a Solar System Ambassador for NASA’s Jet Propulsion Lab, and attending Space Camp for Educators, Tierney served as a Geo-teacher for National Geographic. Her love of travel and cultures took her on adventures throughout Africa, Asia and Europe. From the Great Wall of China to floating the Okavango Delta of Botswana, Tierney weaves her unique experiences into the adventures she loves to write. Living on a Native American reservation and in a mining town continues to fuel the characters in the Enigma and Wind Dancer series.

The love of teaching continues in her marketing and writing workshops along with the creation of educational materials and children’s books. Try some of her other books to bring a little adventure to your life.  http://www.tierneyjames.com

Thank you for joining us, Tiereny. Let's find out more about you:

I ask our guest 5 questions. Then I give them a list of more questions for them to select 3 of their own.

I’ always asked ‘where do you get your ideas’. So, where do you get yours?
Thanks for having me today. A lot of my ideas come from personal experiences and my travels around the world. But I also get ideas from pictures and articles I find in National Geographic, TIME magazine, geography books and the news. I keep a folder and notebook of those pictures and ideas.

Which comes first, the story, the characters, or the setting?
That is a tricky one. It really depends on what is cooking in my brain. The setting usually inspires the story. Then the characters step in and take charge. Having said that I wrote Rooftop Angels after seeing a picture of a tribesman in Northern Afghanistan. The setting was rugged and barren which formed the story. I had to do a lot of research to get it to fit together.

Which of your heroines most represent you, or the ‘you’ you’d like to be? Why?
My favorite heroine would have to be soccer mom Tessa Scott. She is a lot like me in that she is a normal person who loves her family, attends church, but has this thirst for adventure which gets her in a lot of trouble. Some of her adventures begin to change how she sees the world. I think once you’ve studied and taught geography like me, you see trouble spots in the world through different eyes. This lady stacks up a lot of secrets in a short amount of time.

What’s the most romantic thing a guy can do (or has done) for you?


I would love for a guy to buy me flowers to plant in the garden and offer to help; maybe even create a garden and surprise me. Of course, getting me a ride on a Blackhawk Helicopter would be pretty nice too!

What do you do to relax and recharge your batteries?
I love to travel which offers a lot of more writing inspiration. Writing conferences has to be the one thing that gets me recharged and ready to start something new. Being with other writers, learning new trends, and networking helps me to focus on the tasks ahead.

Who, if anyone, has influenced your writing?
I would say James Rollins influenced me greatly. The first book I read of his was The Judas Strain. I then devoured his backlist and decided if I was going to write I wanted to learn his style. Vince Flynn and Brad Thor gave me the geopolitical inspiration I craved. There have been many who also helped me believe in myself.

If money were not an object, where would you most like to travel?


I have this one all planned out actually. I would start in Italy so I could go to Vatican City. My next stop would be the Blue Mosque in Istanbul, Turkey followed by a trip to Israel with a personal guide. I would continue to Tibet and visit the Dalai Lama’s Potala Palace. 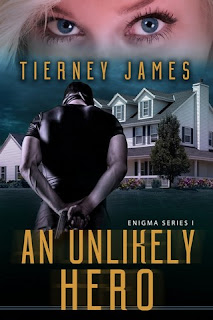 Blurb:
No one in a gated community would suspect that a Libyan terrorist lived nearby.  When her little girl tells Tessa Scott, a falling star landed in their backyard, she tells her to make a wish.  Sending her family on vacation the following day after a fight with her husband, Tessa Scott realizes the falling star is a possible bomb. A no-nonsense Captain Hunter enters her home on false pretenses saving her life.  Forcing the secret world of terrorists, assassins and national security into her once perfect life, fate forces Tessa to survive the unthinkable, including a complicated partnership with Captain Hunter

Relying on a little faith and courage, Tessa discovers a hidden strength she never knew existed.  Being shoved off a cliff to escape a forest fire, becoming the bait to draw out men who are bent on destroying life-saving isotopes and facing the assassin who claims to have murdered her family brings together a group of disgruntled agents that begin to believe in the intervention of a higher power and one unlikely hero.


“Mrs. Scott?” Chase looked over at Tessa as she unfolded the bomb from her arms. A hum had begun with the several small flashing lights. “Yeah, Enigma, I’d say it’s activated.” Chase eyed Tessa and realized she was seeing it in its real form for the first time. “Essid’s friends are still coming at us. Give that trucker behind me a call will ya? License plate ERZ7773.” Chase reached over and gently touched Tessa’s shoulder. “We’ll be okay, Mrs. Scott. Maybe you better hand me the bomb.”

“I can’t” she whimpered.

“No,” Tessa nervously shook her head. “I really can’t.” Tessa leaned back and let the bomb move slightly forward. Her index finger had somehow gotten shoved into an opening. The swelling had already begun and there was no removing it. Tears welled up in her terrified blue eyes. “What kind of bomb is this?”

Chase glanced back at the oncoming terrorists. They were nearly in the middle of the eighteen-wheeler. “Could be radioactive, Mrs. Scott.” He watched her closely. She opened her mouth but nothing came out. Licking her lips, Tessa tried again. 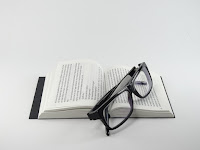 One lucky visitor today will WIN a free download copy of :
An Unlikely Hero (#1 Enigma Series)
Please leave a comment below and tell us your favorite type of story to read.

You may purchase this and other books my Tierney James through the following link:

To connect with Tierney, you'll find her at the following Social Media locations: