The thing about writing a series is you often have characters that at least make an appearance in subsequent books.

Stephanie Douglas Keane was the heroine in An Ozarks Christmas. She and her business, Planned to Perfection, play key rolls in each of the three remaining books in the series. While we won't see much of her dashing musical husband (Brendan) her oldest daughter, Kimberly, is a solid character. 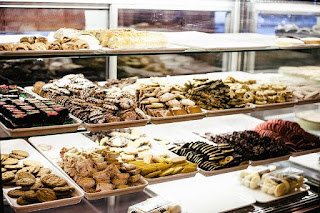 In An Ozark Soldier's Homecoming, Kim is fourteen. That makes her old enough to work as a bus person at Myrtie May's. She also has an interest in baking, helping Katie in the kitchen on occasion. Could we see her in Katie's bakery in a future book as a full employee? Maybe. We'll see how she does.

I've also been researching death benefits to see what Miss Edna would have received when the Army declared him deceased. The amount wasn't much. From what I've read, she would have received a one-time death benefit of around $700 and roughly $18.80 per month from social security. Using the Inflation Calculator, that comes out to about $192.68 today.  Not a lot for someone to live on, let alone raise a child. You'll learn more about Miss Edna and how she managed her finances over the years...

Do you know what your parents would have made in 1950? How does that compare to today and could you raise your family on that amount?  I'd love to hear.

Happy Reading!
Posted by Angela Drake at 12:00 AM